Preparing for Hurricanes and Bad Weather 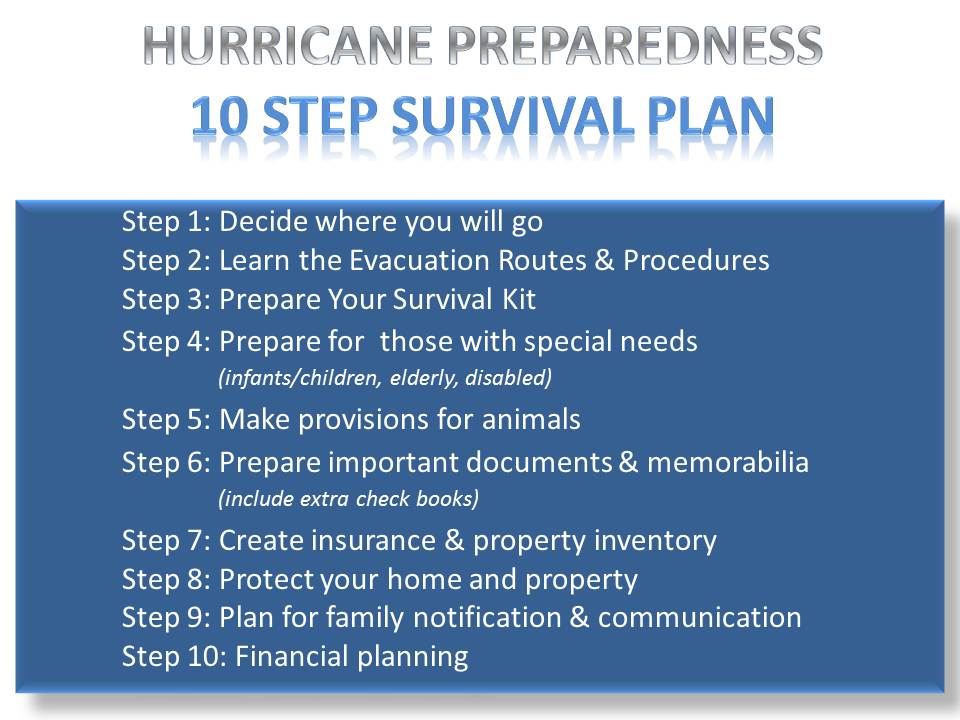 Houston, TX (PRWEB), 2013
This Texas defensive driving course believes the first step in hurricane preparedness is to gather information and start getting ready before a hurricane takes place. This step includes building an emergency kit and communicating with family and friends as to what the plans will be in the event of a hurricane. A hurricane kit has to include a radio that works on wall outlets, batteries, flashlights, a first aid kit, plenty of bottled water, a generator (if possible), fuel for the generator, plenty of fresh batteries, canned food, and some cash.
Always follow the directions of the authorities if they advise to evacuate areas either in the path of a storm or areas that may be subjected to flooding due to being in low lying regions. Upon the decision or lack of time given to evacuate, some may choose to stay home and ride the hurricane out. If this is the case, the next thing to do is listen to the TV or radio for more information and updates regarding the hurricane.
The plan to secure the home should include boarding up windows, ensuring trees are trimmed around the house, and bringing in all outside furniture or strapping it down to secure any objects that could be easily moved by heavy winds. If it is expected that power will be lost, it is appropriate to turn the refrigerator on its highest setting and close the door in attempts to keep the food safe and cold as long as possible. Whatever the case, it is important to stay indoors during the storm as well as avoiding rooms with glass doors or windows. It is also a good idea to fill up bathtubs as source of water for sanitary purposes such as flushing a toilet.
If the decision has been made to evacuate, it is important to allow enough time to both pack and leave the area. If it seems likely that an evacuation is going to be ordered, it is imperative to fill up the fuel tank and, if it is still available, fill up other containers of fuel. It is important to leave within due time to allow for travel without being caught in congested traffic or worse, severe weather. Always follow suggested evacuation routes and avoid taking any shortcuts, because those may be blocked off during the evacuation. Comedy Driving suggests that everyone have patience on the road during bad weather as well. Congestion and slow traffic may have an impact on the duration of trips. It is important for everyone to maintain a cool head and sound mind.
After the hurricane has passed, postpone getting on the roads until officials have declared it is safe to do so. If it is necessary to go out on the roads, it is imperative to keep a watchful eye out for fallen objects such as trees, power lines, or weakened bridges. Avoid drinking tap water until it is confirmed by authorities that it is uncontaminated, and keep a lookout for wild animals such as poisonous snakes that are more likely to be out after the hurricane. A hurricane is something that needs to be taken seriously, and if these general guidelines are followed, the safety of individuals is better secured.